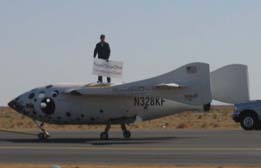 The U.S Patent Office and Trademark Office offers searches of the U.S Patent database. The database includes abstracts and references. Full patents are not available online but may be ordered via the same web site. However, google is putting patents online with most of their images, etc.

The Desert Combat total conversion mod is to Battlefield 1942 what Counter-Strike (see next) is to Half-Life. It's an enthusiast-driven modification of an existing game which greatly surpasses the original game. Where CS is a fast-paced, small-group, first-person-shooter with strong emphasis on teamwork and based on Quake 2, Desert Combat is much larger in scope using battlefields that take too long to cross on foot requiring the use of ground, air, and water vehicles based on a Swedish 3-D game engine also with strong emphasis on teamwork. DC is generally slower and more deliberate, though of course when fighting happens, it's rapid.

Pace and style of Desert Combat feel more like a first-person, fully 3-D Command & Conquer than the Quake-based games. DC improves on 1942 with modern equipment, more accurate fire, faster play (though still slower than CS), and constant development. After playing DC, 1942 feels very slow and archaic, yet both games are very engrossing since they encompass a larger world than most other first perosn games, Delta Force (see below) excepted. DC games are usually capture the flag, with game servers found though GameSpy.

Counter-Strike is an excellent game. I'm actually coming to it fairly late since it's been around for several years. Like the Delta Force franchise it puts a big emphasis on teamwork, and it has somewhat realistic settings and weapons. (There are quite a few problems with realism, which I won't detail here, but at least the theme is to be real.) Being based on the Half-Life engine, which in turn is based on the Quake 2 engine, Counter-Strike is still more of a room with hallways, close quarters type game than the wide open spaces of Delta Force. The action is at times fast paced and addictive, and the learning curve is somewhat steep.

A new game has taken Quake's place for me: NovaLogic's Delta Force. This game has a different pace from Quake, which is visually pretty and hyperactively fast due to confined playspaces. In contrast Delta Force uses Voxelspace technology to depict large, open areas several kilometers deep and wide. The scenery is chunky up close, and no texture-mapping or light sourcing seems used. You can hide in hilly terrain, dodge bullets, crawl up to a sniping position, use hand grenades, machine guns, LAW rockets, Claymore mines (but not necessarily in the same session). 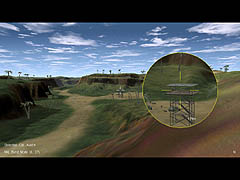 The play is more deliberate, with careful aim valueable on long shots. Stealth by using the terrain to hide your movements is also highly beneficial to your health. It seems to take 3 shots from the M4, 1 from the Barrett Light Fifty, and more from pistol-caliber weapons like sidearms and the MP5 to bring down opponents. Spray 'n pray also has a place when doing assaults, and not just with the full auto weapons. By far the best weapon is the M4 (M16). It fires three shot bursts and features a grenade launcher which is occasionally useful. It is also the most flexible since it's scoped for distant shots, but it can almost lay down as much lead as the full-auto machine guns. Perhaps the most amusing weapons are the knife and hand grenades, but they are best used only in specific circumstances. 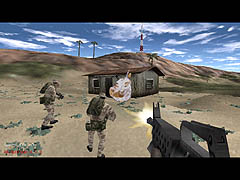 Delta Force features network play with deathmatch, team deathmatch, capture the flag, king of the hill games. As with most networked games, performance is lag-limited, but people on modems seem to do ok. All in all, networked Delta Force is a different and highly engrossing game. It's far more realistic than Quake in terms of survival skills, and I now enjoy the gameplay of Delta Force much more. I use the same name as Quake, Go Ahead, and my skin is Tony Chan (natch'). I usually play on Planet NW since it seems to be one of the faster servers.

I can occasionally be found playing Quake deathmatch. And yes, with 7 T-3s to the Internet, I'm an LPB. 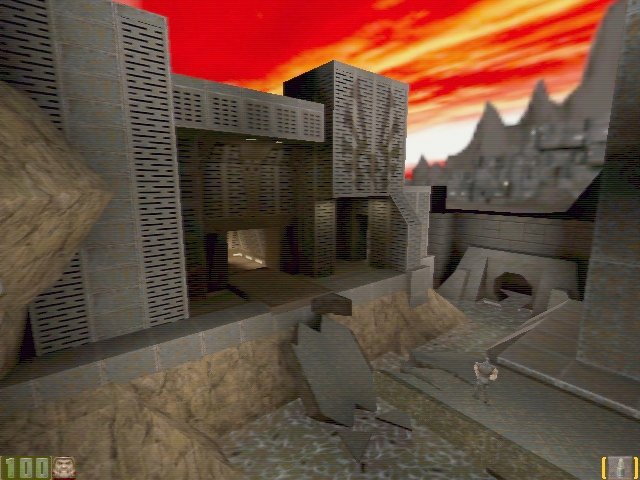 I sometimes also play Unreal Tournament. UT is not nearly as sophisticated technically as Quake III Arena, but it has good, fast gameplay and a completely unrelated engine.

Quake and most current 3D games are radically better when played using hardware graphics acceleration. Now that 3dfx is out of business that means Nvidia. Fortunately Nvidia still has other competetion to spur innovation and keep prices down, but they're the clear leader now. (Nvidia is making an interesting move to the motherboard chipset market now. They'll probably kick butt.) By rapidly changing graphics card standards, I'm running a fairly old GeForce 2. I plan to upgrade to a GeForce 3 or a professional board when I upgrade computers, probably to the Pentium4 or Athlon successor chip. I still favor ASUS motherboards, Intel CPUs, Viewsonic Professional Series Monitors.

My PC directory includes my recipe for A Good Standard PC, circa mid-1998, how I built a quiet Pentium 4 computer, s a comparison table of some relatively quiet 2003 PC power supplies and more. An update on my current water-cooled computer is in the Quieter PCs document. A new page has some notes on Home Theater PCs, Workstations, ECC Memory and Thermal Engineering.

Here are a few other favorite sites:

Wow! Microsoft took USGS aerial and SPIN-2 (Russian) satellite photos and put them in a Terabyte database with point and click web access. The database covers about 30% of the U.S. and many major cities of the world. Find aerial photos of your house or office! Here's the former Best Internet's Mountain View headquarters courtesy USGS and Microsoft: 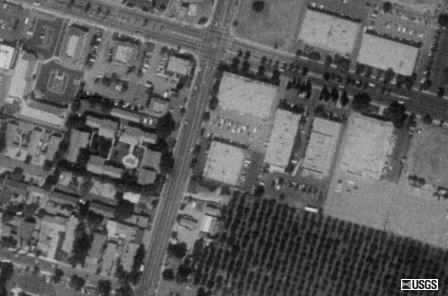 Follow the flight of Richard Branson, Steve Fossett and Per Lindstrand as they attempt to fly around the world in a high altitude baloon. Their official site at icoglobal.com includes a Java application you can start that updates their locatation and altitude in real time on a world map. Cool!

OK I admit it. I'm hooked on Science Fiction. Can't get enough of Red Dwarf, Doctor Who, Blake's 7, The Survivors, & other British Science Fiction on KTEH, San Jose's PBS station.

Christmas 1998 included a trip to the NFC Wild Card game between the Green Bay Packers and San Francisco '49ers.